As anti-Semitism heats up, so does Fuel For Truth

The New York Blueprint — As he drinks some red wine, Etan Harris passionately makes a pro-Israel argument but only minutes later, he makes an anti-Israel argument. He’s flip-flopped, but it’s intentional. (And he isn’t drunk.)

The “party” he’s attending is part of a role-play in a boot-camp for Fuel For Truth, an Israel advocacy group that trains Jewish professionals in their 20s and 30s to speak intelligently and articulately in Israel’s favor.

Harris, 30, from Brooklyn, is one of 20 in the current class that meets once a week in Fuel For Truth’s midtown office. Israel’s conflict with Hamas has spawned anti-Israel sentiment on social media, and anti-Semites in Europe have used it as an excuse to target Jews there. The anti-Semitism has hit closer to home, too: on the Upper East Side, a Jewish man was attacked, comedian Elon Gold was harassed in Los Angeles, and a student at Temple University was allegedly assaulted by an individual with Students for Justice in Palestine.

“Being pro-Israel today is a scary thing,” says Ron Wasserman, 35, who runs the boot camp. “Young Jews are afraid to be pro-Israel. That’s one of the biggest problems we face. Why are they afraid? Part of it is they don’t have the facts. Also, the other side seems very confident and is intimidating. Unless you have a baseline of knowledge you won’t have the backbone to come out in support of Israel. We do role-play; it’s live-action fire so people will be prepared.”

Wasserman said those selected for the 10-week Boot Camp examined articles and discussed their online encounters. One focus has been dismantling the notion that Israel deliberately targets civilians. The group is comprised of both Republicans and Democrats, he added.

“And we’re not afraid to say when Israel is wrong,” he said. “Israel is not perfect by any means and neither is this country. I think for one, we need to do a better job of making lives better for Palestinians in the West Bank. The economy needs to be improved so we can talk about a two-state solution as a real possibility and not just smoke.”

The group was founded by Joe Richards and Jon Loew the day after September 11, 2001. Richards, a 41-year-old Long Island resident, said several of his friends were killed in the attack, including one of his best friends, who was Muslim. He saw that a nefarious tide was rising, he said. 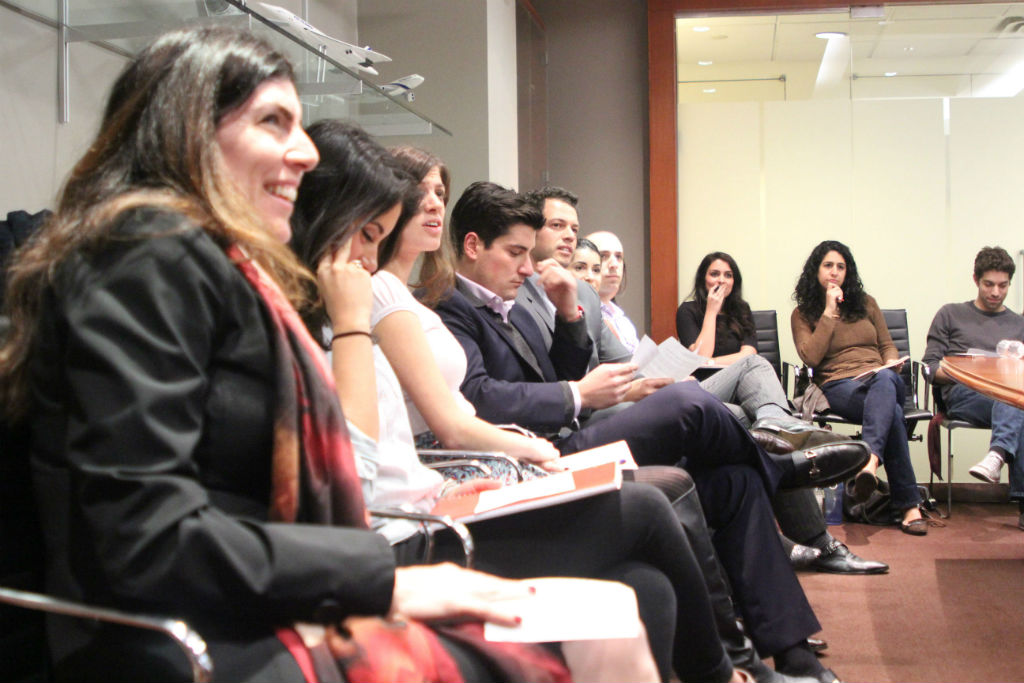 Richards’s group doesn’t focus on college but they do throw parties and sometimes send speakers to campuses. He stressed that any pro-Israel speaker has to be engaging.

“The messenger is more important than the message on college campuses,” Richards said. “If you bring Alan Dershowitz, all the intellectuals will want to talk to him and debate him, but the average fraternity president will not know who he is and might not remember him.

On this night at the Fuel For Truth office, the speaker is Terry Schappert, a Green Beret who is hard to forget. He tells the group they have to fight against the perception of American Jews as weak. Covered with tattoos, he speaks about trying to help Iraqis, who died in his arms, under fire. (This is a few hours after it is announced that American journalist James Foley had been decapitated.)

“You’re fighting the fight,” he tells the group, adding that social media is an increasingly powerful weapon.

Boot camper Sabrina Muldoon, 30, of Roslyn, said Schappert’s tough talk and stories of battle were inspiring, as were those of other speakers from the Israel Action Network and AIPAC.

Muldoon said she’s naturally persuasive but wanted to learn more history about Israel and sharpen her skills. A key of the boot camp was to learn how to speak in a calm and conversational tone, as opposed to screaming, which can often undermine an argument, she said.

The group’s president, Seth Rosenberger, 31, of Brooklyn, said people psychologically detach themselves from any harm to Jews and try to believe that America is totally safe when it’s not the case.

Richards said that some of the graduates join the organization, which has about 260 members and hundreds of other volunteers. Others fan out to join UJA, AIPAC, AJC, FIDF and other Jewish organizations.

Boot camp graduate Izzy Ezagui recently appeared on Al Jazeera English, speaking about Hamas’ use of human shields and how Israel doesn’t target civilians. The 26-year-old, who grew up in Miami, lost most of his left arm in a mortar attack while serving as a member of the IDF. He said the boot camp gave him a better ability to have a media presence and that someone who has served in the IDF doesn’t automatically have the ability to be a spokesperson.

“Regardless of what you’re doing, whether it’s preparing for battle or going on TV, you need the weapons and the tools to properly defend yourself and fight for your cause,” he said. “So anybody who says preparation is unnecessary because you went through something is wrong.

“You could go through crazy things, but that doesn’t mean you could write a book about it. You have to learn how to write first. It’s the same thing when it comes to advocating for Israel. Even if you know the facts, you have to know how to formulate them for an audience that is biased against you,” said Ezagui.

One concrete tip offered at the boot camp session to counter bias was to Google facts on your phone and show it to someone who makes statements that are false. 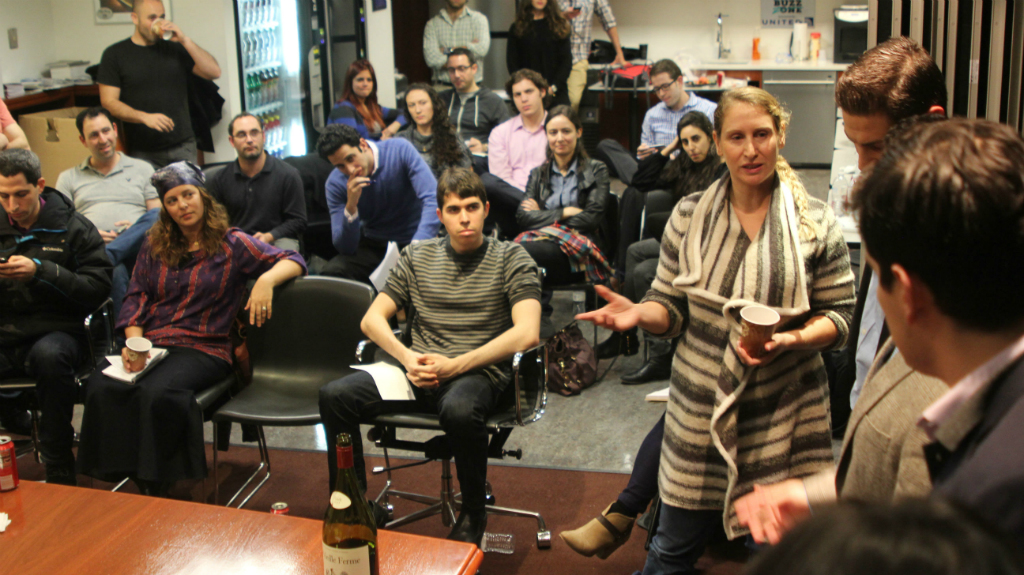 Richards said the current climate, in which people have to worry about getting punched in the face for supporting Israel, is a sad one. A Jewish student at Temple University, Daniel Vessal, was allegedly punched while speaking in favor of Israel. The student’s lawyer, Michael Wildes, said the attack was unprovoked, and there is an ongoing forensic investigation. He added that the university is investigating whether or not Students For Justice in Palestine incited violence and “whether the individual who assaulted him has gone to other campuses.”

Harris said the Fuel For Truth Boot Camp taught him something most people don’t realize.

Recent anti-Israel and anti-Semitic tides have highlighted the need for his group, Richards said.

“When we first started, some said we were alarmists,” Richards said. “I don’t think they’re saying that now.”