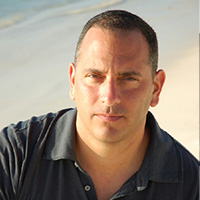 On September 12, 2001, Jon had the idea to create an organization that would educate young Americans on the threats that the US and Israel were both facing . Under his leadership, Fuel For Truth launched its Israel advocacy training programs- the flagship Boot Camp program for young professionals and Old Skool for college students.

Jon is a media and technology executive, operating companies with activities around the globe. He is active in many philanthropic causes including supporting US Military veterans, interfaith relations, animal rescue and feeding the hungry. 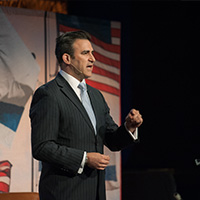 After losing 6 friends in the terrorist attacks on 9/11, Joe was compelled to take action and found Fuel For Truth to be the best vehicle to educate and motivate our community. As a volunteer, Joe was responsible for spearheading the Old Skool campus program. Knowing the challenges college students would face in the near future and the lack of support provided by Jewish organizations to combat this growing trend, Joe began speaking on campuses as early as 2002. In 2004, Joe became FFT's first full-time staffer and Executive Director until 2009.

Following FFT, Joe became a consultant for dozens of Fortune 100 companies as a Communication Strategist. Working side-by-side with world-renowned communication guru and political strategist Dr. Frank Luntz, Joe traveled extensively across the country interviewing thousands of Americans, getting a better understanding of their needs, wants and desires -- then translating that into greater market share. From Facebook to Fedex, the NFL to National Security, Joe has been at the forefront of creating the dialogue Americans are having today.

With nearly two decades of experience in the non-profit sector, Joe consults and is a board member for a number of organizations focused on Israel, American Jewish strength, veterans (American and Israeli), high school/college wrestling and the arts.

Joe is a grandchild of Holocaust survivors and his parents were born and raised in a Displaced Person refugee camp after WWII. Joe intimately understands the challenges the Jewish people face today and has a keen ability to motivate the next generation to be proactive - rather than reactive - against the growing threats to our people.

Joe attended Syracuse University where he competed as a Division I wrestler; only to later graduate with honors from NYU. He met his wife at Fuel For Truth and is the proud father of 3 young children. 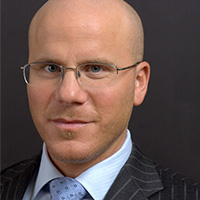 Greg Corbin is the Executive Managing Director of Besen & Associates, a full service commercial real estate firm which specializes in investment sales, retail leasing, financing, and management. The firm has annual sales reaching over $1 billion, and currently manages over 2,300 residential units, 200 stores, and 700,000 Sq. Ft. of commercial and office space.

In addition to leading The Corbin Group, Greg is responsible for growing firm-wide revenue through company branding and marketing initiatives, recruitment and training, and oversight of the investment sales division.

Prior to joining Besen & Associates, Greg was a Director of Sales at Massey Knakal Realty Services. Before that, he was a Principal and the Chief Operating Officer of KCL Trading, a subsidiary of E*Trade Financial, where he ran a floor of over 40 traders.

Greg is the Executive Co-Chairman of the YJP Real Estate Division, Vice President of the Give To Give Foundation and a member of ICSC and The Real Estate Board of New York (REBNY).

Greg is a graduate of Horace Mann and Boston University. He is a native New Yorker and lives on the Upper West Side with his wife and children.