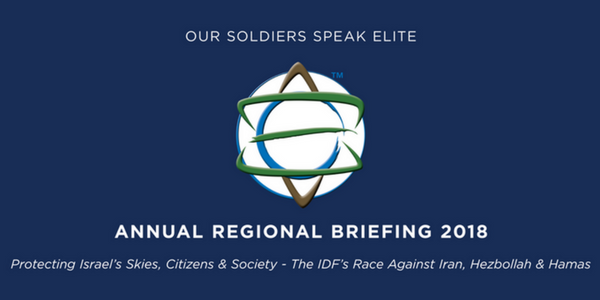 Concerned with the clashes along the Gaza border and the threats emanating from the north? Then join ZOA's Fuel For Truth and Our Soldiers Speak TONIGHT for an exclusive security briefing on protecting Israel's borders, skies and citizens from Hamas, Iran, and Hezbollah.

Speakers include Consul General of Israel in New York, Dani Dayan, and Brigadier-General Zvika Haimovich, who holds command over some of Israel's most vital defense assets, including the Iron Dome. Event includes wine and hors d'ouerves, and coffee and dessert receptions. 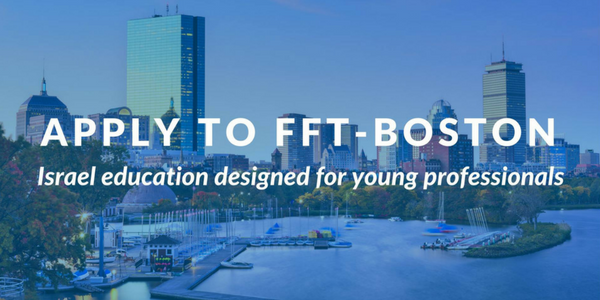 
Know any young professionals in Boston? Tell them to apply to the best Israel advocacy training program in the country and the only one specifically designed for young professionals. Program begins May 1st and includes kosher dinner, historical analysis, expert guest speakers, communication training, interactive exercises, and an open bar following each session. 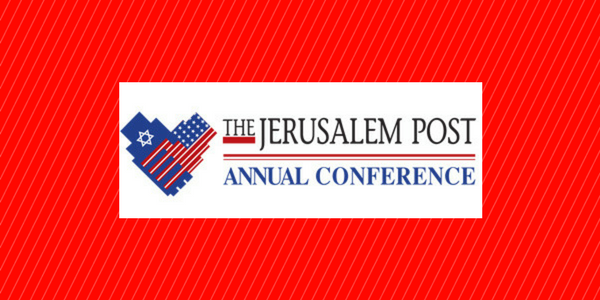 
The JPost Annual Conference is around the corner and we've got your discounted tickets, courtesy of ZOA! Hear from top journalists, leading politicians, and experts to get a glimpse of the state of affairs in the Jewish state. Save $60 by registering through the link below. 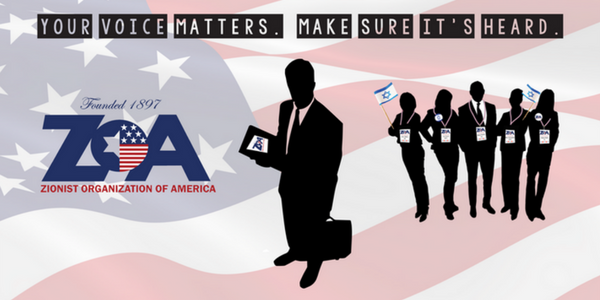 
This is a great opportunity to share our strong Zionist message with representatives on the Hill. The full-day lobby mission includes: lobbying members of Congress on issues of vital interest to Israel's security, attending a private luncheon with elected officials, transportation from Manhattan, Brooklyn, and Northern New Jersey, and glatt kosher meals. FFT Boot Camp alumni also receive a special discount. 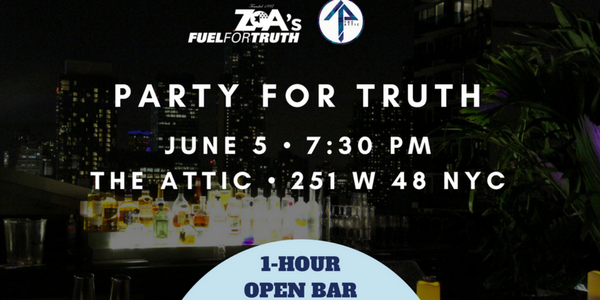 TIME TO PARTY FOR TRUTH!


The frigid weather is almost gone, and there's no better way to celebrate the coming of summer than a Party For Truth at a rooftop bar with your FFT family! Join the soon-to-be newest members of our organization for a memorable night which includes a one-hour open bar, silent auction, DJ, photo booth, and hundreds of Zionist young professionals. 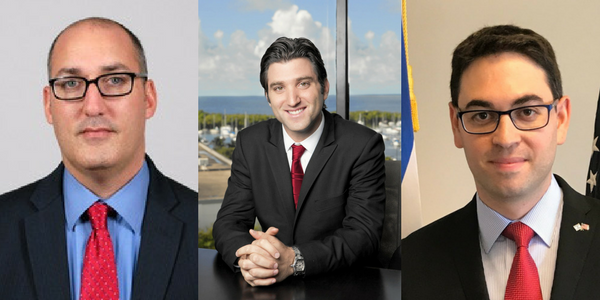 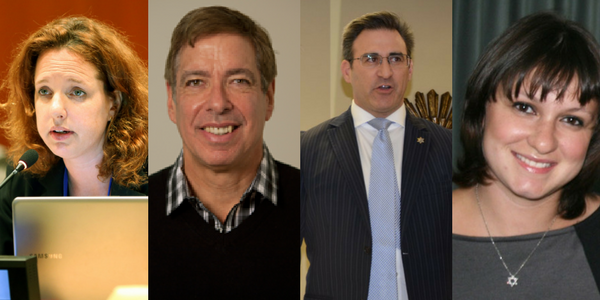 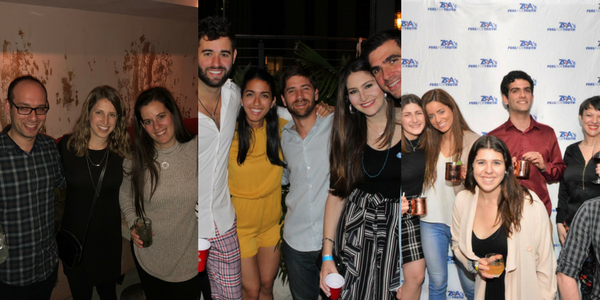 Along with another great event in Washington, DC, the debut of the Party For Truth in our newest chapters was a great success and all the credit goes to the inaugural members of FFT-Miami and FFT-Boston. A combined 200+ young professionals attended and saw firsthand why there's no better community of Zionist young professionals than FFT. 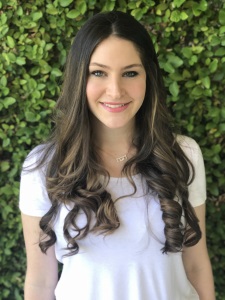 A few months ago, I was sitting at a charity organization dinner, listening to a speaker named Brigitte Gabriel. Gabriel is a Lebanese-American conservative journalist, and founder of the non-profit political organizations American Congress For Truth and ACT! for America. She was raised in Lebanon and lived in an underground bomb shelter for seven years. It was during that time that her mother was injured and went to an Israeli hospital for treatment. Gabriel was beside herself and could not believe the hospitality and humanity she experienced there in comparison to what she was accustomed to in Lebanon. It was from that day that she promised herself she would be an Israel activist. She has stated "I was betrayed by my country (who taught me to hate Israel) and rescued by ‘my enemy’ Israel, the Jewish state that teaches the values of love, the Jewish state that is under attack for its very existence…” She really made an impression on me and stressed how important it was for us to do something about the way people view Israel. The next day I called Ron Wasserman to discuss bringing Fuel For Truth to Miami.

My best friend, Brigitte Bakshi Horowitz, who had been living in New York temporarily, did Fuel For Truth’s Bootcamp with her husband in 2016. They raved about the program to me and emphasized how prepared they now felt to approach someone in a conversation about Israel and issues concerning Israel. They became close friends with several of the people in their class and are still friends with them today!

As a young Jewish woman surrounded by a family of active Israel supporters, I felt that the program had a unique strategy on Israel advocacy. The program specifically targets young professionals because they are sometimes distracted from this important work. Moreover, many young professionals have recently graduated colleges which are heavily influenced by anti-Israel culture and have sometimes been fed misinformation. Fuel For Truth provides the tools and strategies for young professionals to feel confident in any Israel-related discussion. The added benefit of Fuel For Truth, and most important for some, is the social network and family atmosphere it creates. I was compelled to bring it to Miami.

Our first Miami boot camp launched in January, was five weeks long, and I'm happy to say was a great success! My husband and two close friends, Raquel and Abey Gean, helped me get it started. For about two months in advance we marketed the program, formed a team of leaders to recruit students, and worked closely with Ron and Justin to finalize all of the details. Fortunately, our Miami students had heard about the program from others who had graduated from it in New York and DC, and were eager to join. People were most impressed with our inspirational speakers: Lawrence Muscant and Rabbi Shmuley Boteach. Even after our learning session, our students could not get enough of our speakers and continued to harass them at the bar.

Our next Boot Camp is beginning April 11th and will be seven weeks long. We are really looking forward to getting the word out in Miami. We are off to an amazing start and the potential is limitless. We are hoping to make this program a paradigm of pro-Israel advocacy in South Florida for years to come.

Advocacy Tip
The greatest skill of any advocate is the ability to transform a confrontation into a conversation. Confrontational advocacy generates intransigence in the people you're trying to persuade. Conversational advocacy opens people up to listening and learning.

Ron's Book Selection (a very special selection this month by our very own Izzy Ezagui!)

The inspiring story of a young American who volunteered to fight in the Israel Defense Forces, lost his arm in combat, and then returned to the battlefield.

Combining refreshing candor with self-deprecating wit, this inspiring memoir will encourage readers to live up to their aspirations despite seemingly impossible odds.

On January 8, 2009, Izzy Ezagui—an American who had enlisted in the Israel Defense Forces (IDF) at nineteen—lost his arm in a mortar attack on the border of the Gaza Strip. In this stirring and wryly humorous memoir, Izzy recounts his tortuous trek through rehabilitation to re-enlistment as a squad commander in the IDF. He became the world's only one-armed Special Forces sharpshooter.

This isn't a typical war chronicle, full of macho bluster and the usual hero tropes. Izzy wrote this book with his fellow millennials in mind--not necessarily those with military ambitions, but everyone facing life's daily battles. His message is universal: if a self-described "nerd" and "one-armed basket case" like him can accomplish what he set his mind to, then anyone can become a hero in his or her own life.

Growing up in a religious household in Miami, Izzy's early life was plagued by self-doubt, family drama, and (far too few) girl troubles. His search for direction eventually led him to that explosion on the Gaza border, changing his life forever.

In the midst of disaster, Izzy discovered a deep well at his core, from which he could draw strength. Through his motivational speeches across the world, and now through this book, he encourages people to seek their own power, and to face whatever adversity life throws at them.

It is the overlooked legacy of World War I.

1913: Seeds of Conflict looks at the moment of transformation when Ottoman rule in Palestine was still strong, the identities of Jerusalemites were fluid and few could imagine the conflict that would dominate the region for the next century. Until now, the public and scholars have focused on the British Mandate as the matchstick of the Middle East conflict. Breaking new ground, this film focuses on the moment just before World War I, when Arab and Jewish nationalism first made contact, and the seeds of conflict were first sewn.