Welcome to the official newsletter of Fuel For Truth, ReFuel. In 2016, information flies into our lives from 360 degrees, and too often we find ourselves reading an amalgamation of conflated ideas, forced conclusions, omitted facts and lost truths. Without the right tools, you walk away either confused, misinformed or tragically both.

We, at FFT, want to change that for as many of our contemporaries as we can, especially when it comes to the gross misrepresentation of Israel in today's media and public discourse. Our organization is built on the idea of spreading truth. When you read the news, we want you to have the historical context, the facts, and the community so that you understand the full picture.

Every first Tuesday each month, be sure to check your inbox for the latest. 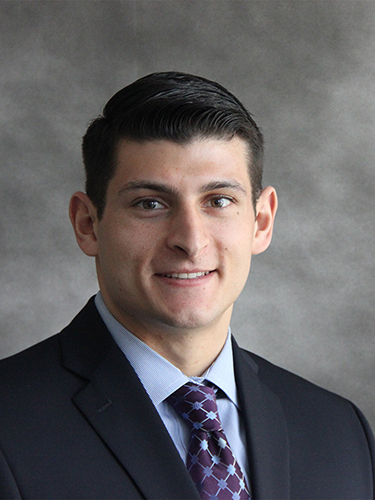 As 2016 comes to a close, we at Fuel For Truth want to take a moment to say thank you to all of our members for helping us build a thriving community. Because of your support and ongoing commitment to improving Fuel For Truth, we have had a truly incredible year with some impressive achievements, a few of which include:

As you know, FFT is run entirely by volunteers and I would like to say thank you to each and every one of them for making this a successful and truly impressive year. None of this is possible without all that you do behind the scenes. Fuel For Truth is absolutely a community of members who genuinely care about each other.

How We Advocate for Israel Matters - by Chriss Williams

It is a topic that triggers an array of emotions from love to exhibiting our most basic defense mechanisms.  It can feel overwhelming at times, especially when our newsfeeds are clogged with anti-Israel sentiment, but we still have the opportunity to engage and illuminate this tangled web.

ReView - what you need to know

Below are this edition's need-to-read articles. As important as it is to know history and the facts, it's equally as important to be knowledgeable about current events.

Far from being the pariah of the Middle East, Israel is fast becoming the region’s golden child, courted and caressed even by some of its most important and once-implacably hostile neighbors. The change has certainly registered in Israel itself, but so far has been largely ignored by Western media.

How Trump Could Surprise the World on Israeli-Palestinian Peace Making by Dennis Ross (Washington Post)- November 30, 2016

Like many of his predecessors, Donald Trump aspires to Middle East peacemaking: “I would love to be able to be the one that made peace with Israel and the Palestinians,” he said recently, adding, “I have reason to believe I can do it.” Bringing peace to the Holy Land has clearly had an allure for American presidents.

The U.S. Senate passed a 10-year extension of sanctions against Iran on Thursday, sending the measure to the White House for President Barack Obama to sign into law and delaying any potentially tougher actions until next year.

Netanyahu: Notwithstanding Obama or Trump, Israel does ‘what it wants’ on settlements by Eric Cortellessa and Tamar Pileggi (Times of Israel) - December 4, 2016

Israel’s settlement policy is not governed by the United States and the incoming Trump administration will not change that, Prime Minister Benjamin Netanyahu told the annual Brookings Institution’s Saban Forum for Middle East Policy on Sunday.

As pro- and anti-Trump movements jockey to realize their agendas, the question of Jews and whiteness illustrates the high stakes—and dangers—of racialized politics. Jews, who do not fit neatly into American racial categories, challenge both sides’ visions for the country. Over time, Jews have become more integrated into American society—a process scholars sometimes refer to as “becoming white.”

Even if you're a bootcamp graduate, it always helps to review some of what you learned on those late Tuesdays nights so many months or years ago. For this edition, we wanted to include some words that work and that appeal to common sense.
The topic: settlements.
If West Bank settlements were the real obstacle to peace we would have had peace long ago.

The controversy about settlements is a symptom, not a cause, of the conflict, which is rooted in Palestinian rejectionism.

It's not what you say, it's what people hear.