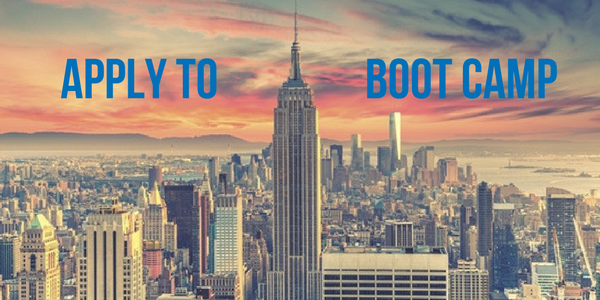 ONLY TWO WEEKS LEFT TO APPLY TO NYC BOOT CAMP!

Ever find yourself having a heated conversation about Israel and not knowing what to say? Then Boot Camp is where you need to be! Our flagship 11-week program equips you with the facts and skills to make you more knowledgable, confident and articulate in your discussions about Israel, no matter your audience. The class begins March 6, and will meet Tuesday evenings. Learn more and apply here. 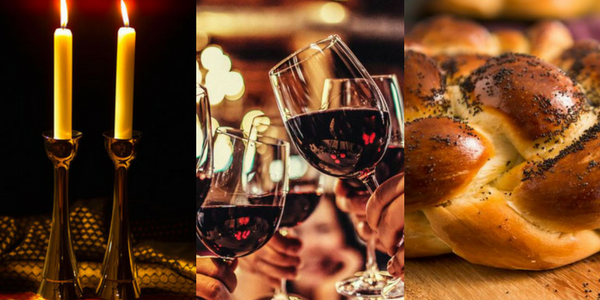 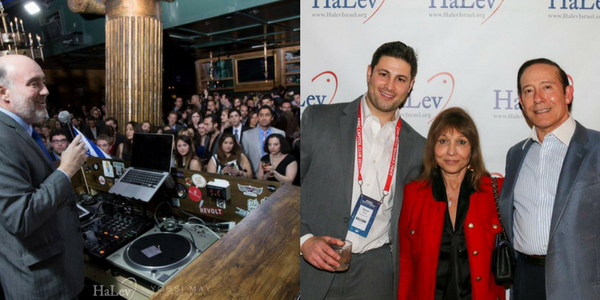 Join us for two of the biggest pro-Israel events in our nation's capital next month!
Our DC chapter and Israel Bonds New Leadership will be hosting a Shabbat Evening for Young Professionals on Friday, March 2, at 7:00 PM, located at 1201 Pennsylvania Avenue NW. Early bird tickets are $25 and on sale until February 9. Afterward, general admission tickets will be available for $36 until the event is sold out. This event is open to all young professionals and features kosher dinner and open bar. Learn more and get your tickets here.


The following night, Saturday, March 3, at 7:00 PM, there is an event that has become a staple of Jewish life in DC. In order get more young professionals involved in pro-Israel activism, FFT member David Ochs formed Halev and throws a party only comparable to our Parties For Truth. Tickets include happy hour specials from 7:00 - 8:30 PM and the opportunity to hear from a special guest speaker. Previous speakers include former Israeli Ambassador to the United Nations Ron Prosor, Israeli American Council leader and Milstein Family Foundation head Adam Milstein, and UN Watch Executive Director Hillel Neuer. Learn more and get your tickets here. 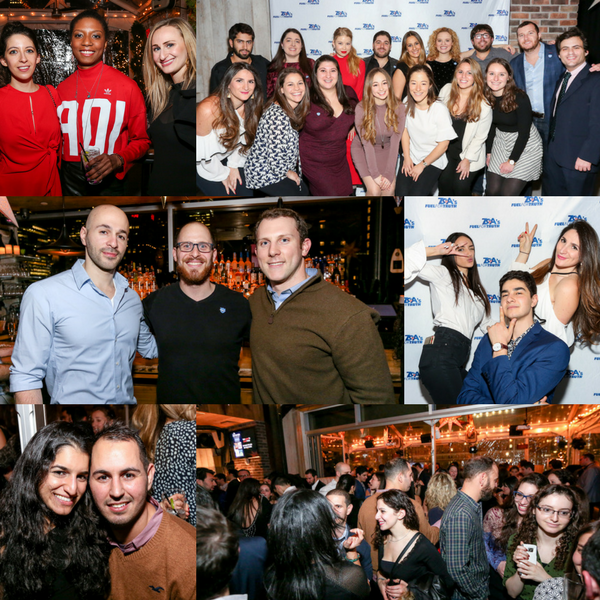 Over 270 people attended and we raised more than $12,000 to expand Boot Camp across the country! 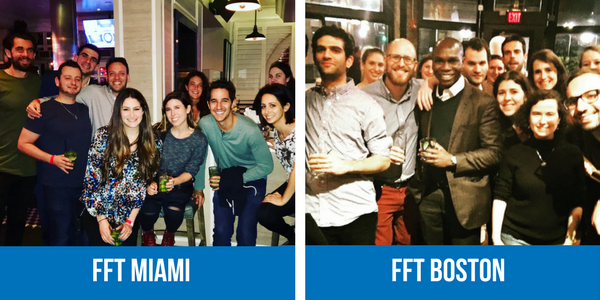 It has long been our dream to set up FFT in every major city with a young Jewish population, and we are happy to say both inaugural classes in Miami and Boston have exceeded our every expectation. These participants are passionate, committed and are establishing the foundations that will forever change Israel education and Jewish communal life in their communities. Special thanks to Jennie Rimon, Eliott Rimon, Abey Gean, Raquel Gean, Ben Suster and Jack Fainberg for their leadership. 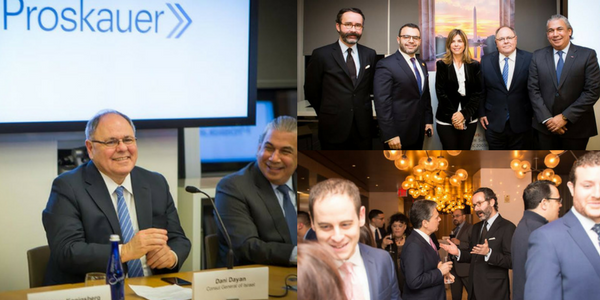 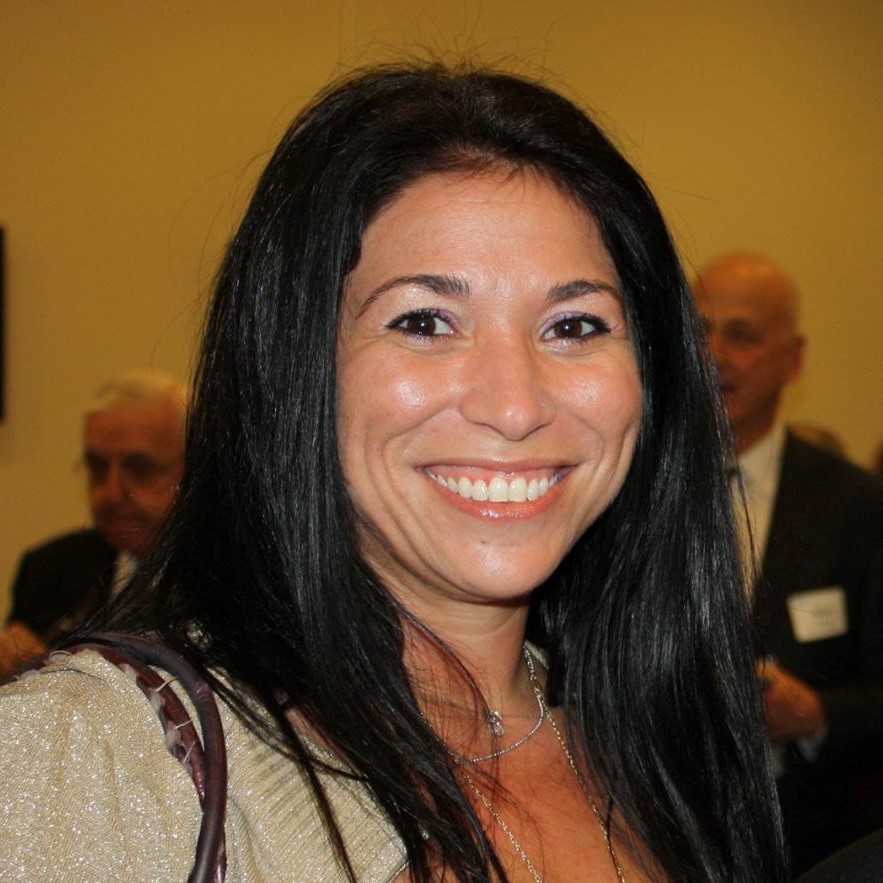 Hello from Washington D.C.! When I moved from Chicago to Washington, two years ago, I knew no one here. Thankfully, a friend told me about a new Israel advocacy program just starting up, and that she thought I’d be interested in joining. So I applied, put on my “Sunday Best” during the interview, and joined the first Fuel For Truth-DC Boot Camp. I expected that I would meet some new people, maybe network a bit (this is DC, after all), and maybe learn some new things about Israel. What I did not expect was for FFT-DC to change my life.

I could tell you how the framework of the program changed my approach to advocacy to a softer, sometimes more effective technique. Or I could tell you about the amazing speakers I’ve been lucky enough to meet, such as former US Ambassador to Morocco Marc Ginsberg or author Joshua Muravchik from the Institute of World Politics. But both those things, while at the core of the curriculum, are not what changed my world.

For me, the most effective and important part of FFT-DC is the ability to bring people together. I met my best friends through FFT-DC. It helped me find a community of people who spend their time trying to effect change in the world, people with a deep love for Israel, and people that are helping grow what was once a small, start-up into a respected, recognized pro-Israel group in our city. Furthermore, being in the capital brings unique opportunities in cultivating a bi-partisan pro-Israel community. During the 2016 Presidential Election, we had boot campers and alumni working on both sides of the aisle during one of the most divisive campaigns in recent memory. Yet, they spoke to each other with respect, and did not allow the hyper-polarization to negatively impact their friendships. This is a testament to the strength of the program and the relationships it creates.

The FFT-DC community is filled with people who will be tomorrow's political decision-makers. There are participants working in all aspects of political life:in embassies, leading think-tanks, governmental and non-governmental organizations, as well as on Capitol Hill. Through our efforts, these people have learned to view Israel and the conflict in a new light, shaping the next generation of leaders and hopefully policy.

I believe the key philosophy of FFT-DC is encapsulated by Ambassador Daniel Patrick Moynihan: “You are entitled to your own opinion. But you are not entitled to your own facts.” It is that philosophy that keeps people coming back to Boot Camp long after they've graduated, stay involved, and help us push forward to make a difference. This group helped me to hone my skills and changed my life’s direction. I am excited and honored that I get to try to help do the same for each new boot-camper in my capacity as the Deputy Director of FFT-DC.

Advocacy Tip
Seek common ground. The more mutual understanding you have with an individual, the more affinity they have towards you and the more they trust you. Find broad bases of truth and agreement before focusing on the important stuff; think of this as an inverted Maslow's hierarchy of needs.

Since he was a small boy, Mosab Hassan Yousef has had an inside view of the deadly terrorist group Hamas.

The oldest son of Sheikh Hassan Yousef, a founding member of Hamas and its most popular leader, young Mosab assisted his father for years in his political activities while being groomed to assume his legacy, politics, status... and power. But everything changed when Mosab turned away from terror and violence, and embraced instead the teachings of another famous Middle East leader. In Son of Hamas, Mosab Yousef-now called "Joseph"-reveals new information about the world's most dangerous terrorist organization and unveils the truth about his own role, his agonizing separation from family and homeland, the dangerous decision to make his newfound faith public, and his belief that the Christian mandate to "love your enemies" is the only way to peace in the Middle East.

In 1945 there were one million Jews living in the Middle East and North Africa.

For over two millennia they lived under varying rulers as part of the diverse fabric of peoples native to the region. Yet, in 1948 with the establishment of the State of Israel, Jewish life in other countries in the region dramatically began to disappear. Anti-Jewish riots in reaction to the failure of the attempts of Arab armies to eliminate the infant state of Israel, as well as the rise of post-colonial pan-Arabist movements set off a massive wave of Jewish immigration from the region. From Casablanca to Baghdad, Jews abandoned their ancestral homelands often leaving behind their homes, communities and livelihoods suddenly becoming refugees. For decades, many Jews who fled their native homelands never shared their experiences of being forced into exile but in The Forgotten Refugees for the first time, stories of several Jewish Refugees are told.