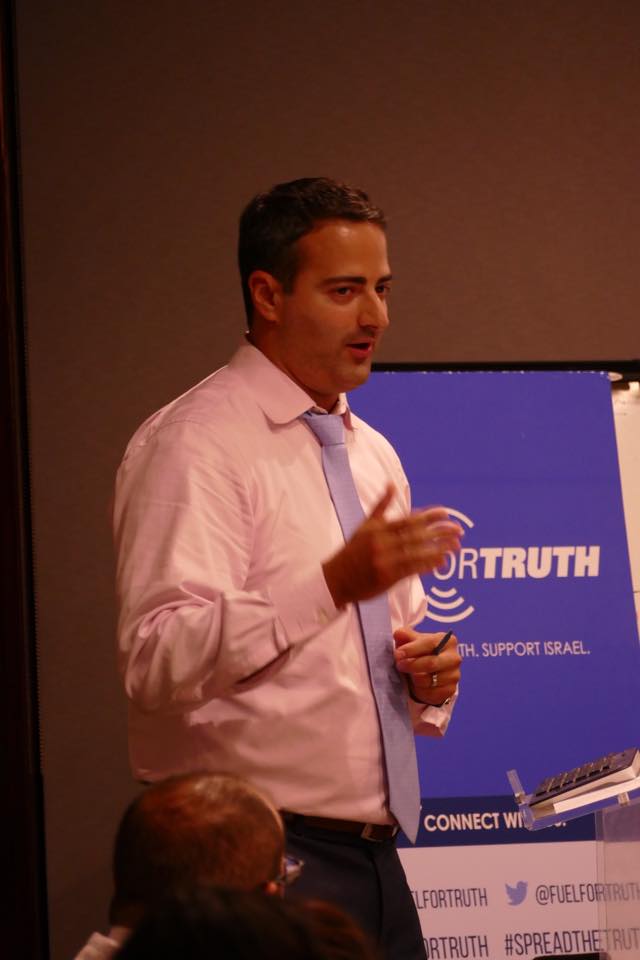 I want to start by wishing the entire FFT family a Happy New Year. I hope 2017 will be even better for all of you, your family and loved ones, and of course the Jewish State. It was another incredible year for our organization. We have a full-on Boot Camp program up and running in DC, having just recently completed their third Boot Camp. We are in discussions with leaders from the Jewish communities in Boston, Philadelphia, and Denver to bring our program to their respective cities. In NY our current Boot Camp program culminates with our Party For Truth, taking place on January 19th at the Madison Square Tavern. We hope to see as many members as possible in attendance!

It's important that we all support the organization that has given so much to all of us. This support can be made in many ways, the first of course, being a donation to FFT. We have no staff and every dollar given goes directly to programming. Support by way of connecting us with a restaurant that can give us a deal on kosher food, a bar by the Brownstone or speakers for the BC are some alternate ways to support the organization. For those of you who we haven’t seen in a while, I hope we get an opportunity to see you again in 2017 and please know the FFT door is always open.

Meanwhile, as you probably know, a US abstention allowed a resolution to pass at the UN. The resolution is unprecedented, period. The linguistic Jiu jitsu that the administration is using ...   READ MORE.....

Party For Truth - Click here to purchase your ticket before they sell out!

Speak Up For Israel - 3-part workshop series. A joint effort of Fuel For Truth and CAMERA Young Leadership.

OTHER EVENTS OF INTEREST

Fuel for Truth is looking for a few volunteers! Please email [email protected] if you are interested:

Fundraising/Development Committee: Keep FFT going! Identify, set up meetings, and meet with prospective FFT donors, attend networking events to develop relationship networks, and fundraise through one-on-one solicitations, and work with alumni chair to put on philanthropic events for current and past members of FFT.

ReView: Stay up to Date

What’s new and what’s not in the U.N. resolution on Israeli settlements - by Natan Sachs, December 26, 2016

The long-anticipated coda of the Obama-Netanyahu relationship did not disappoint in its drama: With a U.S. abstention, Ambassador Samantha Power allowed U.N. Security Council Resolution 2334 on Israeli settlements in the West Bank and East Jerusalem to pass 14 votes to 0. This was a major diplomatic defeat for Israeli Prime Minister Benjamin Netanyahu, and a major blow by President Barack Obama to the Israeli government, but it was not a surprise, nor was it unavoidable.

BAKU, Azerbaijan — Prime Minister Benjamin Netanyahu on Tuesday hailed Israel’s multi-billion dollar military cooperation with Azerbaijan as a positive example of Muslim-Jewish coexistence. “Israel is the Jewish state and Azerbaijan is a Muslim state with a large Muslim majority,” Netanyahu said after meeting with Azeri President Ilham Aliyev. “Here we have an example of Muslims and Jews working together to promise a better future for both of us.”

The UN’s resolution on Israel doesn’t include any sanctions. It could hurt Israel’s economy all the same. - by Zeeshan Aleem, December 29,2016

The high-profile United Nations resolution condemning Israeli settlements that passed last week does not impose any kind of financial sanctions or other punitive measures on Israel. What it does do, though, is essentially give the green light to activist groups and countries to accelerate campaigns aimed at striking Israel’s economic interests and weakening its international reputation. And that could potentially prove to be just as damaging.