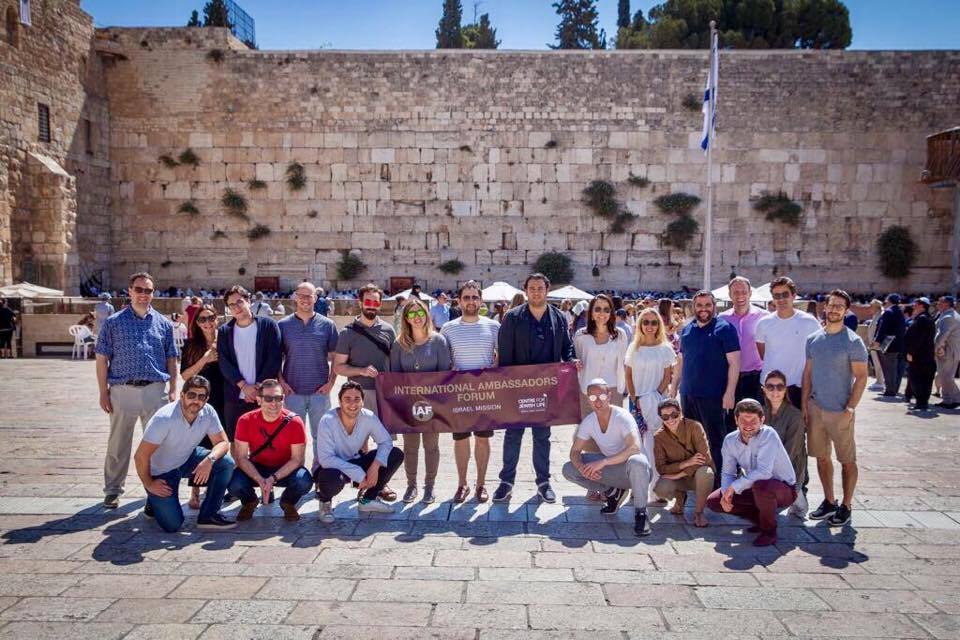 As an Israel advocacy educator and the president of Fuel For Truth, my days are happily consumed with studying the national and regional history which brought us to where we are today and keeping pace with the events influencing where we may be tomorrow. Appraising Israel’s future, the majority of what I see is incredibly positive despite our tribally wired and media induced inclination to believe the sky is always falling.

Israel certainly faces challenges, some better known than others and many comparative to fellow developed nations, but the outlook is incredibly promising and certainly far better than those nostalgic for an era long gone would have you believe. However, there is one issue that threatens Israel uniquely and requires immediate action. And no, it's not the Palestinians. It's us. We in the diaspora live in an era in which the Jewish connection to Israel, or each other, is not guaranteed. Nearly seven decades after six million of our brethren were systematically exterminated in the Holocaust, nearly seven decades after 850,000 of our kinsman were ethnically cleansed from Arab and Islamic lands, and nearly seven decades after the establishment of the first Jewish sovereign in 2,000 years, our collective memory is facing amnesia, apathy, and even hostility.

Throughout North America and Western Europe there is a growing number of young Jews who have never given thought to – and some outright question – Israel's necessity or morality. Some of this is due to the times we’re living in, where bashing Israel is chic and an opposition to tribalism and religion fills the atmosphere, but there’s also the issue of how these people inherited their Jewish identity. Unless you attended a Jewish Day School it's plausible your formative impressions of Judaism came from one of two sources: a fully assimilated, non-existent one or biweekly Hebrew school classes that were as pleasant as a root canal. Mine came from the latter. So as frightening as the situation may be, no one should say they’re surprised. How could this generation be expected to embrace our culture and their place within it when their exposure has been entirely absent, negative, or irrelevant?

Thankfully there’s a growing number of initiatives addressing the problem and converting the unaffiliated into active members of B’nai Yisrael. In the face of heightened BDS activity, intense anti-Semitism and a potential prime minister who considers Hamas and Hezbollah friends, the London-based Centre for Jewish Life is committed to strengthening Jewish identity and unity among the next generation of leaders. For four days in May I joined them and 20 young professionals on their International Ambassadors Forum (IAF) trip to Israel.

I've lived in Israel and visited more times in the past five years than the majority of people do in a lifetime, yet there was something uniquely special about this trip, and that begins with the people. The IAF gathered an amazing group ranging in age from 24 to 49, hailing from places such as Stockholm, Sao Pãulo, Paris, Manchester, and Hamburg, and possessing great diversity in religiosity, politics, occupation, and prior Israel experience. Yet, within 96 hours, they turned us into a familial unit where every single person had the comfort and confidence to say what they mean and mean what they say.

And just as amazing as the people I met, so too was what we did together. The itinerary read like a schedule for a visiting head of state, holding intimate meetings with experts guiding Israel’s political, military, economic, and societal direction. It was the VIP package and every conversation was a pinch me, I’m talking to WHO right now? moment. We discussed communication strategy with the prime minister’s foreign media spokesperson, David Keyes; the future of Israeli technology and innovation with OurCrowd CEO Jon Medved and Startup Nation author Saul Singer; the necessity of identity and freedom with Jewish Agency Chairman Natan Sharansky; the state of the region with Professor Dan Schueftan, an adviser for every prime minister from Ben Gurion to Bibi; and the dynamics of Palestinian clans and authority with Arab expert Dr. Mordechai Kedar.

Throughout our marathon-at-sprint-pace journey, we explored the places and met the people connecting our past and present. We visited the Cave of the Patriarchs and members of the Jewish community of Hebron, learning what it’s taken to maintain a Jewish presence in one of the four holy cities – the only one in the West Bank and the resting place of Abraham and King David’s capital –following pogroms, expulsion and the dangerous security situation. We toured the Kotel tunnels and witnessed with amazement the vast, deep layers of stone surrounding where the Temple once stood and now mark the eras of different ruling powers. After observing the historical fingerprints of those who conquered Jerusalem, we had the privilege of hearing from one of the people who liberated it. Zion Karasenti, a paratrooper during the Six Day War (the one on the left in the iconic photo), retold the story of how he and the members of his unit brought Judaism’s holiest site back in our hands.

Just like Zion, every Jew has a story. The story of the Jewish state, and its greatest miracle, is that Jews from all over the world speaking different languages, observing different customs and living under various political systems came together to form a cohesive entity, capable of absorbing all, in which the whole is greater than the sum of its parts. I can’t think of a better analogy for the IAF trip.