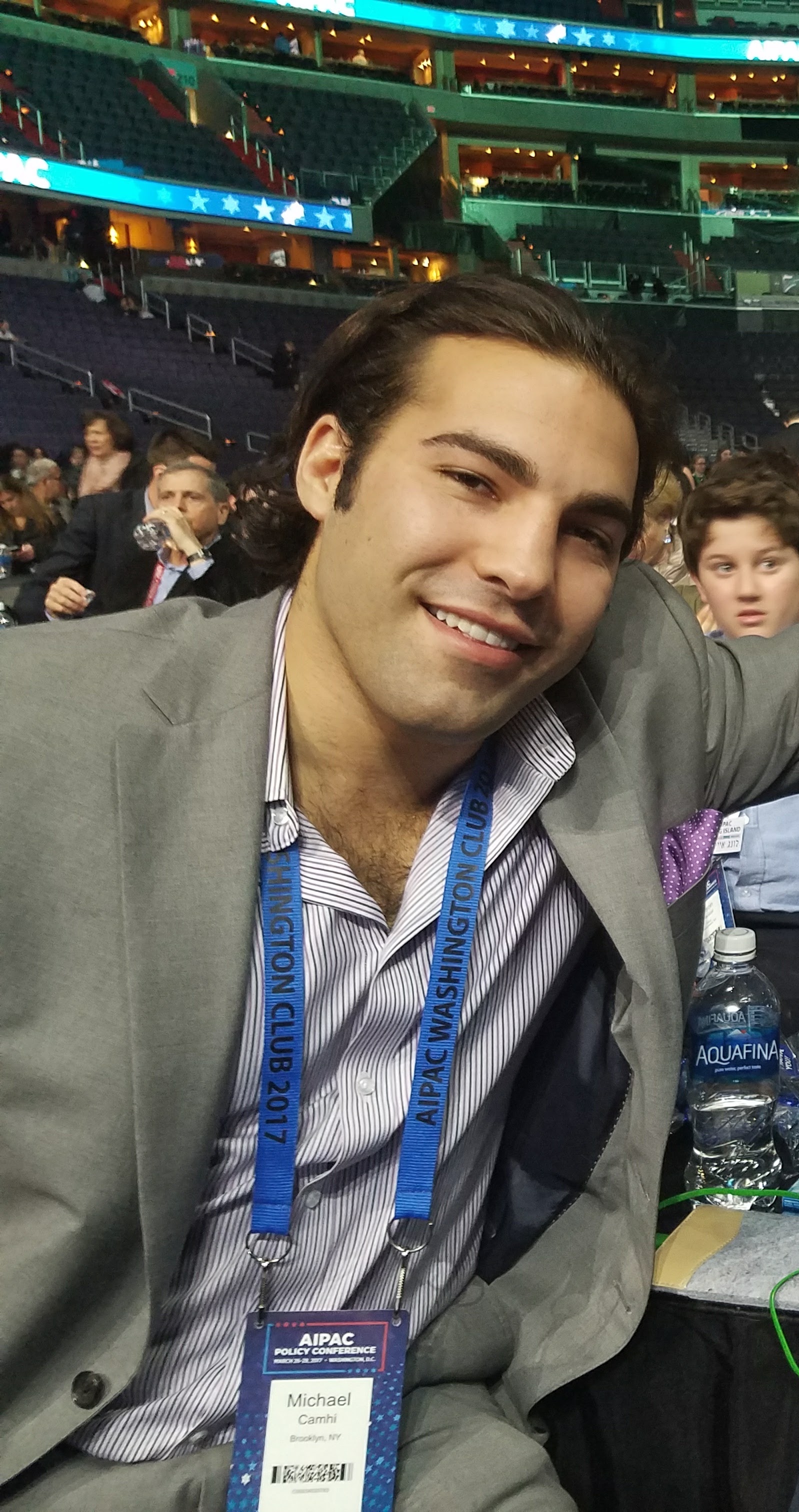 Last month, I attended my first AIPAC Policy Conference. Throughout my college years in DC, the influx of the pro-Israel community was infamous, and some referred to it as the “Jewish Super Bowl.” As is common for some to have “chili cook-off” competitions during the Super Bowl, complete with a concoction of spices that provide the special “kick” or “punch,” I found myself in an AIPAC equivalent: a cholent (traditional Jewish stew) of people representing the entire spectrum of society, gathered for an awe-inspiring and admittedly intimidating event. Of the estimated 19,000 attendants, about  4,000 were students. This cholent consisted not only of older Jewish men and women, of day school students proudly sporting pins from their schools—their proverbial Jewish mothers not too far in tow—and young Jewish professionals, but also of church delegations in cowboy hats, women in hijabs, fraternity/sorority members with logos proudly on display, and even some people decked out in dashikis. Beginning to fathom the astounding operations and logistics necessary to run an event of this magnitude, I realized how truly impressive of a feat Policy Conference is. As the soundwaves of thousands of conversations reverberated off the walls and thumped against my chest, and as ushers hurriedly directed people to their sessions, the energy was palpable, the ebullience almost visceral. I was certain I was embarking on an extraordinary experience.

My college days were when I discovered an interest in Israel and became intrigued by its divisiveness and disproportionate attention it garnered on campus. I suddenly found myself back on GW’s campus, enjoying a Friday shabbat meal at Chabad Jewish Colonials, surrounded by students who knew I was in town for the conference. One student inevitably asked me how I could continue to support “the occupation.” Without getting involved with Fuel For Truth, an organization that works to strengthen Israel’s image around the world by equipping young leaders with facts and historical analysis about the Middle East, an impetuous response would likely have come out of my mouth without too much thought into the efficacy of the message I was trying to deliver. Something continually emphasized throughout FFT was that tone, delivery, and even silence could be more effective tools than the actual substance of an argument when communicating to a peer (or to those around you listening). Surely not as slyly as those who taught during Boot Camp, I found myself framing the conversation with carefully selected questions and did my best not to interrupt him (for those that know me, it wasn’t easy). The conversation ended pleasantly, with him, and others, hopefully rethinking previously held narratives and misconceptions. All too often, I feel strongly about Israel yet have difficulty articulating sound pro-Israel arguments, especially in social settings. FFT afforded me, not only the confidence to engage, but also the manner in which to engage. Boot Camp provided me the substance to back up the spirit, and I was certain that this new-found confidence influenced my decision to make my first foray into AIPAC.

One of the highlights of my Policy Conference experience was seeing personal heroes of mine address a crowd that I was a part of. The moderator asked Alan Dershowitz to elaborate on a comment Dershowitz made in a prior interview,  “we learned in the 1930’s that having morality on your side is not enough…that we need action.” FFT teaches that we are the embodiment of action. By nature, we can’t be apathetic or indifferent. We care, and we do. We are engaged, and we are involved. As such, I was honored to attend the conference with 40 or so other FFT members. I also had the opportunity to hear from Naftali Bennett who said “...you are Israel’s strategic Iron Dome” - explaining the impact of the continued support from the people in the audience. Sitting with friends I made from FFT, I looked around and was encouraged and honored to be surrounded by such company. However, no speech was as memorable as that of UN Ambassador, Nikki Haley. The crowd was captivated by her eloquent approach to dealing with the endemically anti-Semitic UN and professment of unabashed support for Israel. When she said, “I wear high heels. It’s not for a fashion statement…it’s because if I see something wrong, we’re going to kick ‘em every single time,” the unanimous applause almost brought down the house as people rushed to their feet to express their exuberance.

Arguably the most important time I spent at the conference, while it may seem inconsequential or perhaps a nostalgic ode to my DC college days, was schmoozing after hours at the myriad of bars sponsored by various pro-Israel organizations. As the libations flowed, the mosaic of the pro-Israel community could finally engage in discussion and debate; to solidify friendships (and perhaps even relationships), and of course get groovy on the dance floor to some Israeli beats. I  unexpectedly reconnected with friends I hadn’t seen since high school. I led night time tours of DC monuments with new friends, many of whom I am still in contact with. It was during these nights out where the human connection could flourish, often with a backdrop of Israeli music and a few cups of wine from Judea and Samaria, that our collective passion and special community became most evident.

My first foray at the Policy Conference overwhelmingly exceeded my expectations. FFT was the impetus to finally attend. FFT also unequivocally altered my intellectual engagement at the conference and with those I found myself fortunate to be sharing the experience. The variance in opinion, perspective, and background of members collectively contributes to the unique flavor of FFT, as did the parallel at the conference. Yet, we were all united by our communal commitment to support truth and the moral case for Israel. I hope and expect to see you all join me next year!