Welcome to the official newsletter of Fuel For Truth: ReFuel. On the first Tuesday of each month, be sure to check your inbox for the latest edition. To provide feedback or suggestions, please reach out to Tali Snow Schwartz, [email protected]. 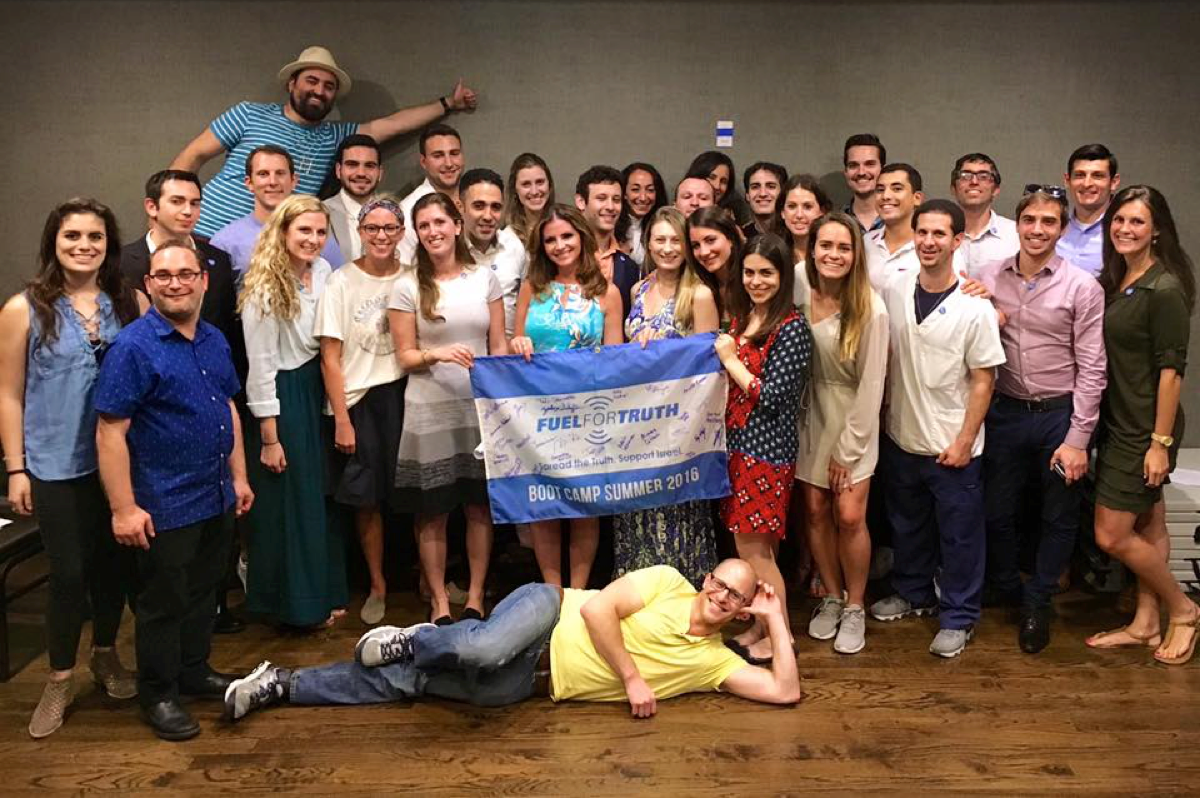 Having conversations about Israel isn't always easy. Ever find yourself talking about Gaza or settlements but didn't feel comfortable with what you wanted to say? Then FFT's signature Boot Camp class is the place for you! This FREE weekly program equips you with the facts, skills, and confidence to articulate your opinion in any social setting. It's also a place where young professionals who care about Israel come together and become part of a fun, diverse community. 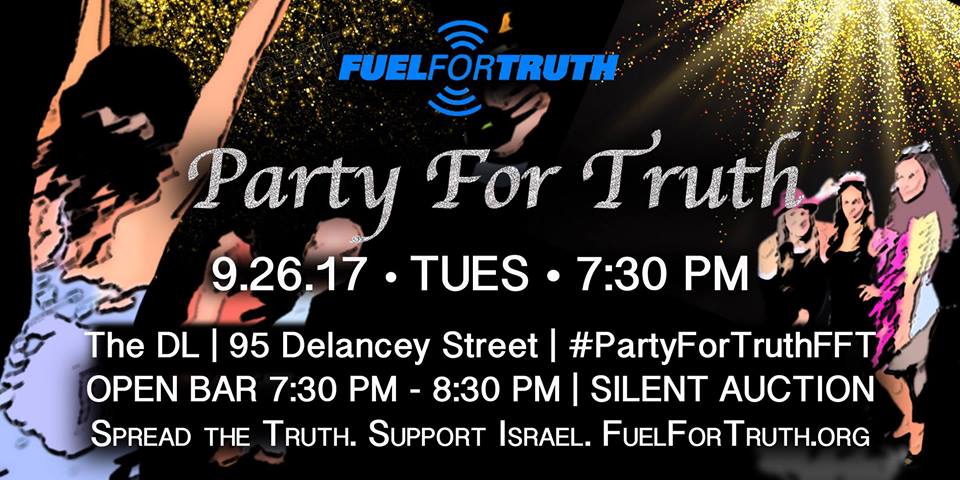 Join FFT and its most recent Boot Camp class for the upcoming Party For Truth! Our flagship event and seasonal fundraiser is a fun-filled night of open bar, food, drink specials, DJ, silent auction, and networking with other young professionals. If you haven't been to one before, you don't know what you're missing. If you have, you know why you're coming back.
GET YOUR TICKETS HERE! 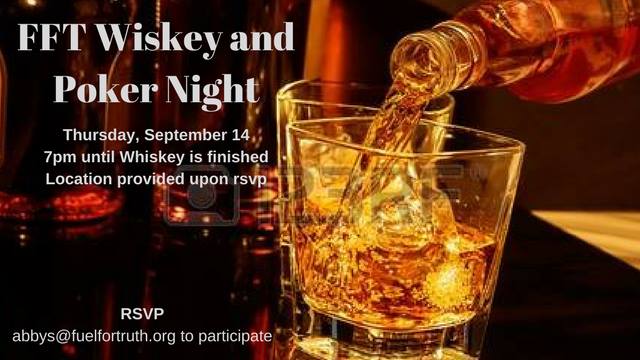 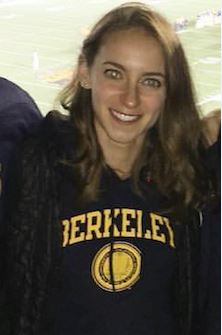 While touring a bunker at Mount Bental this past July, I couldn’t help but reminisce to the last time that I was underground in Israel. Almost exactly three years ago, in July 2014, I sought shelter from some of the thousands of rockets that were indiscriminately shot by Hamas terrorists at innocent civilians (including giddy Birthright tourists).

This summer, the underground circumstances had changed. Instead of protecting myself from terror attacks, I was learning more about Israel’s border defenses, seeing firsthand how the country had developed from a fledgling nation attacked on all sides to a powerful force dedicated to ensuring the safety and continued existence of the only Jewish state.

I was at Mount Bental with eight other summer interns at Shurat HaDin: Israel Law Center, a nonprofit law firm that is committed - in a different way than the brave IDF soldiers who risk their lives to secure Israel’s borders - to fighting those who seek to destroy Israel. Today, Shurat HaDin is at the forefront of combating terrorism, utilizing court systems around the world to go on the legal offensive against Israel’s enemies. The firm files legal actions on behalf of terror victims both in Israel and around the globe.

After my first year at Berkeley Law, interning in Tel Aviv was perhaps a more unusual summer gig than those of my 1L peers. Yet because of my experience with Fuel For Truth while living and working in NYC, I knew that there was no other place than Shurat Hadin where I wanted to apply my newfound legal skills.

Being in Israel during Operation Protective Edge sparked my interest in learning how to advocate against horrendous media bias and negative perceptions of Israel, hence my participation in FFT’s Winter 2015 Boot Camp. Through FFT, I learned how to be a proactive Israel supporter. As important as the information I received, however, was the network I gained - a group of remarkable individuals who, despite different backgrounds, careers, and opinions, all share a similar love for Israel and what she represents. It was through that network, in fact, that I met former Shurat HaDin interns who were generous with their time and guidance as to how I might use a legal degree to pursue a cause I felt passionate about. I owe it to Fuel For Truth for providing me with the confidence to speak out for Israel, and also for empowering me to continue exploring and immersing myself in the complexities of the Middle East - argely why I ended up at Shurat HaDin. 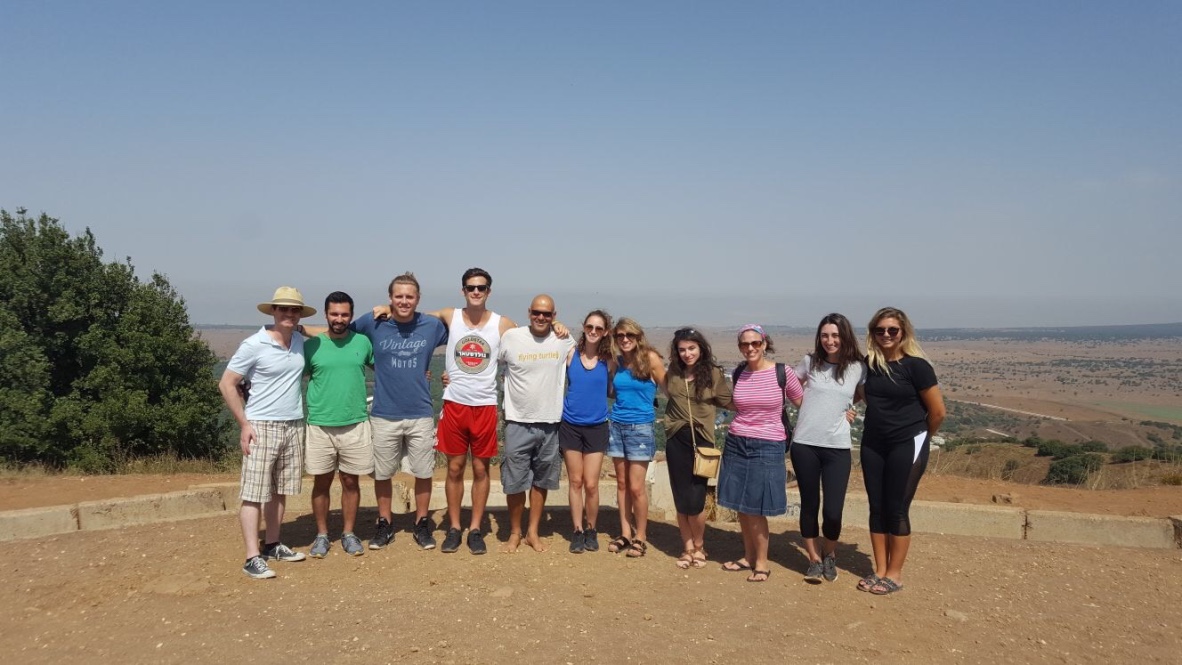 One of the most interesting cases I worked on this past summer involved a plaintiff named Taylor Force, who was killed by a Palestinian terrorist while on the boardwalk in Tel Aviv in 2016. The case hit close to home, given that I was also in Israel at the same time that he was stabbed and had run past the exact location only a few hours before the attack.

I continued running on beach this summer, often passing the spot where Taylor was murdered. Each time reminded me that I was back in Israel not as a tourist in a bomb shelter, but as a legal advocate, doing my part to combat the virulent, hateful ideologies that lead to anti-Semitism and terrorism. After finishing my first legal internship, I'm excited to see not only where this career takes me, but also how I can use my FFT training, Shurat HaDin experience, and future JD degree to fight for what’s right.

Last month in New York we gathered fifty young professionals at The Brownstone for a delicious Shabbat dinner, wine and some schmoozing. A group of FFT members hit up MoMA PS1 in Long Island City for an afternoon of booze, tunes, and sunshine. In DC, FFT members gathered for bottomless drinks, food, and fun at the end of summer brunch! 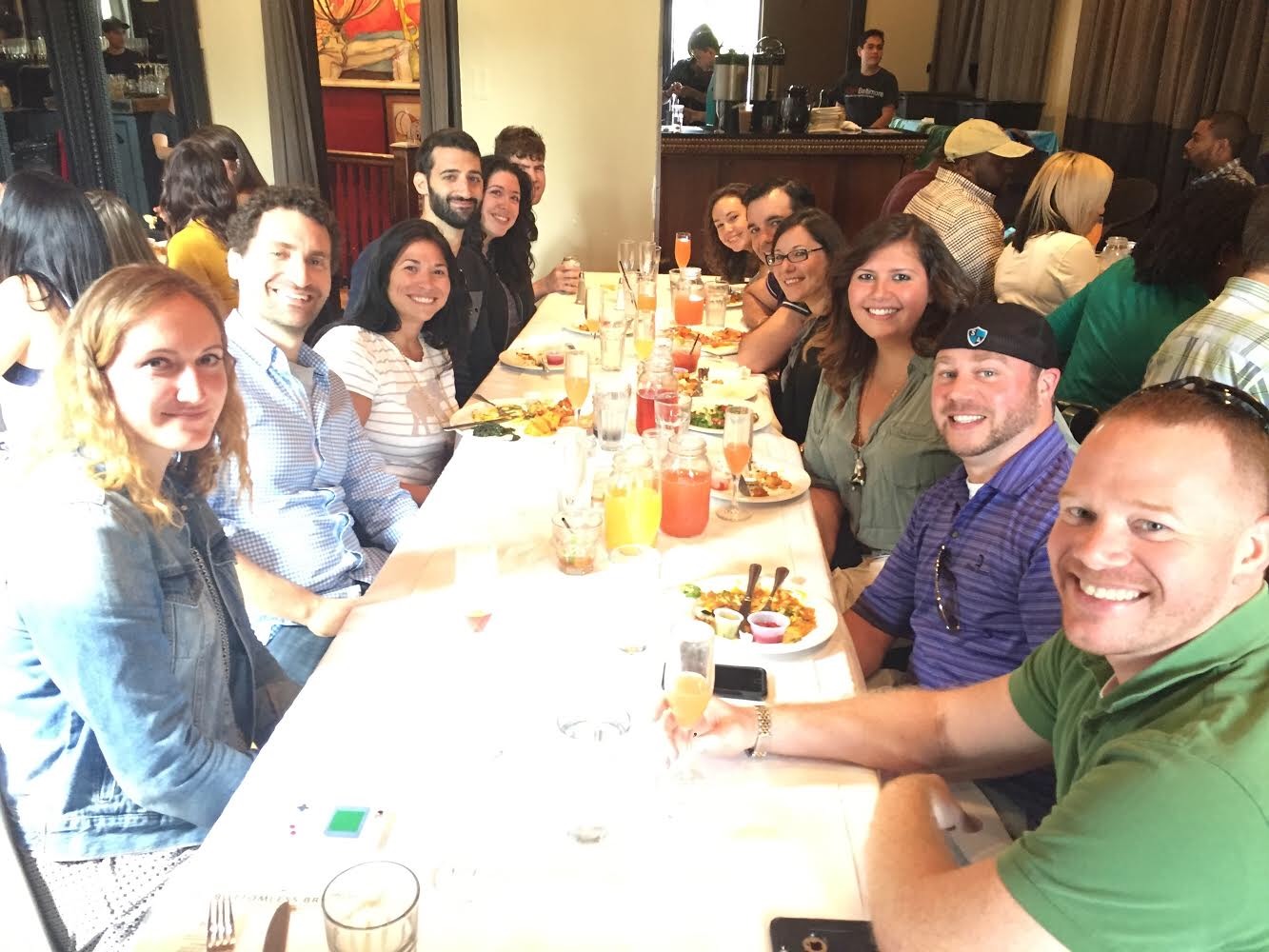 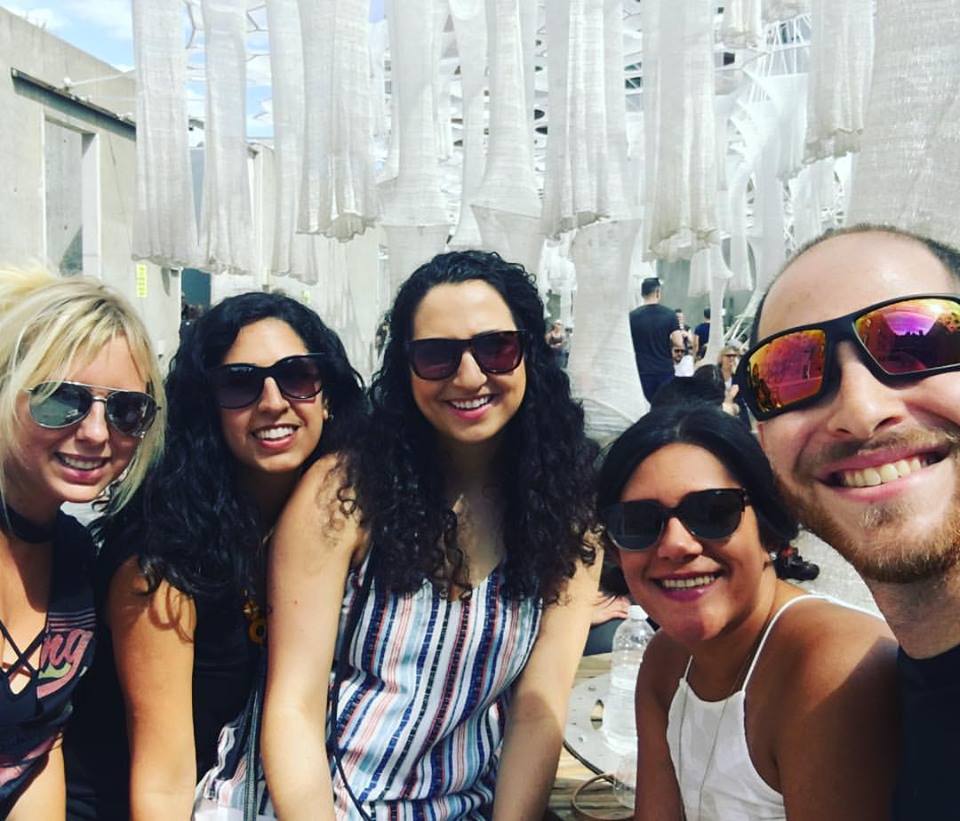 
FFT is more than just an Israel advocacy training program; it's also a community and a link to the next generation. We are happy to inform you that two couples who met through our program have taken the next step in their relationships. MAZEL TOV on the marriage of David Ochs and Stefanie Gelles, and the engagement of Dave Hoberman and Adele Veksman! You're cherished members of this family and we wish you nothing but health and happiness. 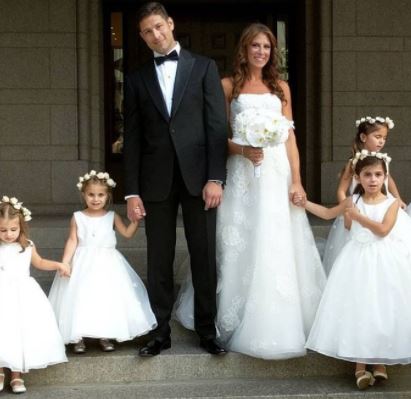 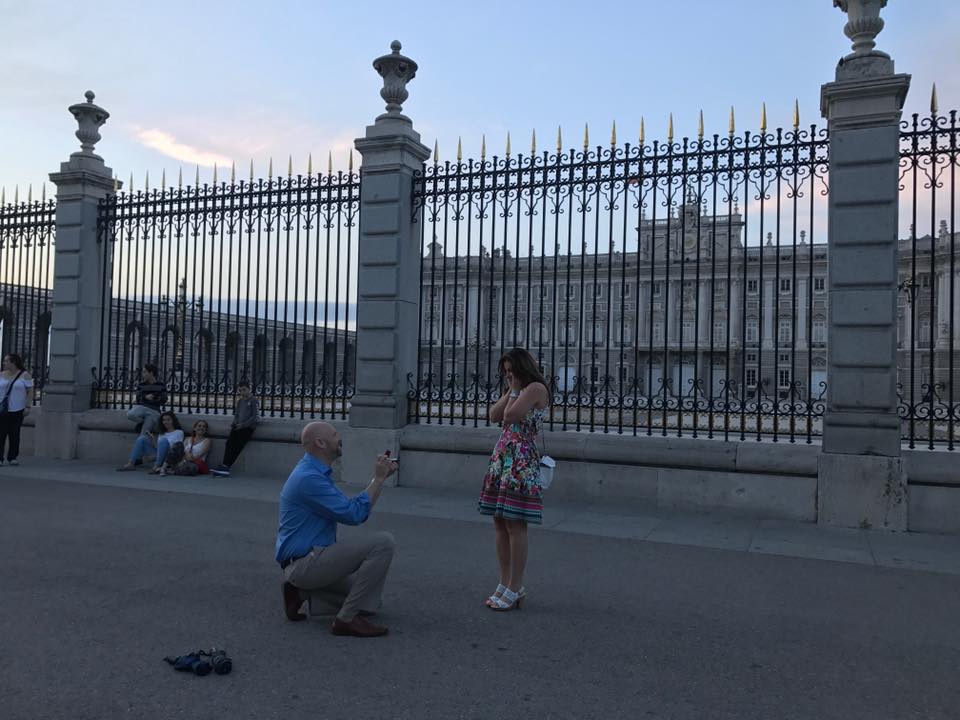 Remember to talk about Israel’s investments in peace. Rather than focus your advocacy efforts on defaming or delegitimizing Palestinians, use your time to build up the Jewish/Israel story. Help individuals to better understand the story of Zionism and the Israeli people’s investments in peace. Building a positive identity around Israel is much more effective than tearing down the Palestinian narrative.

The Brigade: An Epic Story of Vengeance, Salvation, and WWII
by Howard Blum

November 1944. The British government finally agrees to send a brigade of 5,000 Jewish volunteers from Palestine to Europe to fight the German army. But when the war ends and the soldiers witness firsthand the horrors their people have suffered in the concentration camps, the men launch a brutal and calculating campaign of vengeance, forming secret squads to identify, locate, and kill Nazi officers in hiding.

Their own ferocity threatens to overwhelm them until a fortuitous encounter with an orphaned girl sets the men on a course of action - rescuing Jewish war orphans and transporting them to Palestine - that will not only change their lives but also help create a nation and forever alter the course of world history.

Don't forget to select Fuel For Truth on your Amazon Smile!

Thank you for supporting Fuel For Truth.