My Story by Olivia Wittels 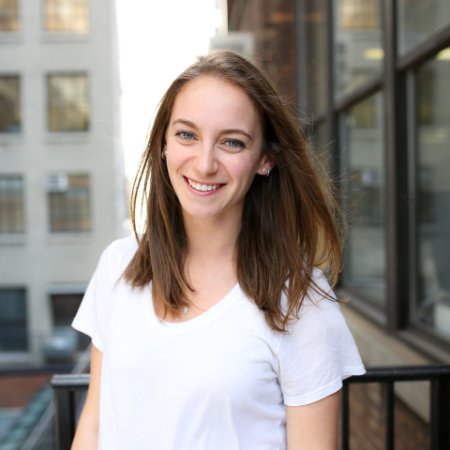 Red in the face and profusely sweating through my olive green IDF t-shirt, I sat on the floor in a bomb shelter, taking cover from incoming rockets launched by the terrorist group Hamas. I shared this particular shelter with a group of children in bathing suits, many of them still wearing floaties and dripping from the pool that they were splashing around in moments before hearing the shrill alarm. This was July 2014 and I was in Israel on Birthright; afterwards, I extended my trip to stay with family. Being in the Middle East during these tumultuous weeks, I spent a fair share of time in underground shelters built to protect innocent lives from indiscriminately fired rockets, many of which were launched from civilian areas like hospitals and schools.

Watching and reading media coverage of the turmoil while being in Israel, it was difficult to reconcile what I felt to be a one-sided depiction of Israeli aggression that deeply lacked acknowledgement or criticism of the daily attacks from Hamas. Citizens in the Gaza Strip unquestionably experienced immense suffering during the escalation, as many lives, homes and families were uprooted. At the same time, the violence impacted the lives of thousands of innocent Israelis, and it’s my perception that a majority of Western media outlets depicted the conflict through a lens that solely blamed Israel for the escalation. This was an eye-opening experience, for while I deeply felt that the conflict was depicted unfairly, I also lacked the tools to effectively argue my point of view -- I knew in my gut how I felt, but that passion was not enough.

Yet I returned to the U.S. and, in the midst of starting a full-time job and studying for the LSAT (which became like another full-time job), I was unable to do more than follow the Times of Israel on Twitter and get agitated about NYTimes articles covering Israel. But then the TOI tweeted an article about Fuel For Truth (FFT), and I promised myself that once the test was over, I would figure out a way to get involved with FFT.

Well, I applied to Boot Camp, interviewed, and the rest, as they say, is history -- otherwise known as my Tuesday nights. Through FFT, I’ve learned about the Middle East, heard from incredible speakers, and gained effective advocacy skills; more importantly, I’ve found another outlet to expand my mind and discovered that what you say is equally as important as how you say it, particularly when discussing contentious topics.

Last summer, I was in a car of five people driving up to our sleepaway camp to visit for a weekend; one of my friends shared her plans to move to Israel for a year and in the midst of our conversation about the country, BDS came up -- of the five people in the car, three (Jewish) women had never heard of it.

A few nights ago, I had a drink with a friend from high school. Having just returned from my third trip to Israel, I was adamantly trying to convince him to apply to Birthright; amidst my passionate expression of all the great things Israel has to offer, he wondered about all the negative information he’d heard about the country. We started to talk about a bias against Israel in the media, and I mentioned the BDS campaign -- which he had never heard of.

This scenario has played out for me over and over again since graduating Boot Camp, and to be honest, the number of people who have not the slightest clue about BDS is still surprising. Young people, Jews especially, need to know about this slanderous, anti-semitic campaign -- without being aware of BDS, how can it be defeated?

Yet so many people just don’t know, and that, to me, is why FFT is an organization of the utmost importance. Many people in my Boot Camp didn’t know what BDS was before that week’s lesson, and these are people who have dedicated their Tuesday nights to an actively pro-Israel cause.

But that’s why FFT is such a remarkable, unique organization: because of its multiplying effect. About 25 individuals graduate each Boot Camp, and we hold four Boot Camps per year. That’s 100 new people who understand that BDS is a campaign masked in anti-semitism which denies Israel’s right to exist. Given my own experience, it’s not far-fetched to imagine that everyone of those 100 people would, at some point, share that information with one other person; in turn, those next 100 people (most of whom have probably never heard of FFT) might also realize that BDS sucks, and the next time those people talk to their friends, there’s a chance they might do the same. At the end of the day, even if every person who goes through Boot Camp can discuss the fallacy of BDS campaign on a merely surface-level way, that knowledge has the power to impact hundreds of people who will never set foot in a Boot Camp on a Tuesday night.

That’s irrefutable impact, and that’s how we’ll win this battle. We always say that FFT is an organization powered by its members, and that power has the capability to protect, defend and support Israel in a massive way in the public arena.

Because of FFT, I’m able to proudly call myself an advocate for Israel, a nation facing a relentless media barrage that, at best could be called controversial, at worst, downright and embarrassingly ignorant. Because of FFT, I’ve met some of the most remarkable people, some of whom will be my pals for life. Because of FFT, I have confidence to speak out on Israel’s behalf not only because I have passion, but because now I have the knowledge, skills and friendships to confirm my beliefs and spread the truth.